Adapted from the novel by Bram Stoker Award Finalist Michael Laimo, Dead Souls tells a harrowing tale of family secrets and ancient evils. On his 18th birthday, Johnny Petrie learns he was adopted when he inherits a farm in Maine, abandoned for the 18 years since his natural family died at the hands of his father, the local preacher. Eager for a new life, he leaves home to start over in his new dwelling. However, as he digs into his past, he soon uncovers the horrifying details of his father’s questionable teachings. In a frightening revelation, he also learns that his return has revived decades-old forces trapped in the home and sets in motion a heart-stopping finale to a ritual that already claimed the lives of his family. Dead Souls stars Jesse James (The Amityville Horror, The Flyboys) as Johnny, Bill Moseley (Texas Chainsaw Massacre 2, The Devil's Rejects, House of 1,000 Corpses), Magda Apanowicz (The Butterfly Effect), Noah Fleiss (Brick), Jaiden Kaine (Hellbenders) and Geraldine Hughes (Rocky Balboa, Gran Torino). 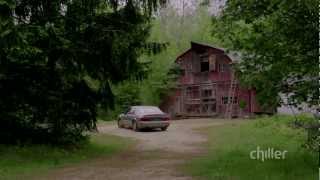